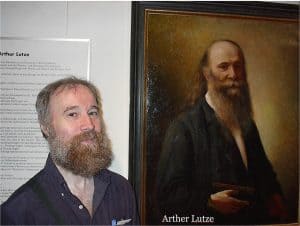 In reaction to my ongoing since-stroke voice issues, with a recent acute set-back, I’ve been reflecting on effective “pedagogies” (in reference to adult learning, I suppose that’d be “adultusogogies”), most particularly with regard to lecture as a means of teaching/learning. I have a real love/hate relationship with lecture. On the one hand, I quite detest the form as a recipient, and can seldom sit through more than 5 minutes. In my medical school days I took up knitting to stay awake in our lectures, which had the added benefit of warmth in the northern Vermont winters, until my sweetheart realized she could wash my sweaters to shrink them to fit her; but one day, in a lecture on the then upcoming calcium channel blockers promised at the time to revolutionize blood pressure & cardiac medicine, I put my knitting down in order to take careful notes. I woke up nearly 2 hours later in an empty lecture hall.

On the other hand, I love being on the delivering end of lectures; in my pre-stroke days I prided myself on my voice & I still take pride in my ability to organize material for presentation.

Medical education in Hahnemann’s day was highly dependent on lecture, with elaborately robed & capped instructors (it was cold in those large lecture halls) delivering lectures in Latin or Greek from the old texts of Hippocrates, Galen, Dioscorides, Rhazes, Avicenna, & others, mostly from Arabic text, the ancient texts of GrecoRoman medicine having been translated into Arabic prior to the fall of the Western Roman empire.

Hahnemann noted he had little use for these lectures, as he was was as or more proficient in these languages than were his instructors.

I perceive several roles of the lecturer –

(1) To be able to access the relevant information. In Hahnemann’s day this meant proficiency in several ancient languages as well as familiarity with cumbersome texts; today it means access to physical & online libraries & the ability to wade through troves of data in search of information worth conveying.

(2) To “curate” information. A troublesome word in contemporary use, alongside “heritage,” “bespoke,” TBH sounds like something out of the mouth of a barista named “Jenifer” (no last name); but think of the role of a museum curator, who needs to determine what to display & how best to display it. I once knew a woman who served as curator of small mammals at the public museum in Milwaukee Wisconsin, & I seriously envied her job, creating the dioramas to display her taxidermied critters. I despair a bit though; one of the few things we really know from a science of “pedagogy” is that the most effective learning involves deep participation in creating knowledge, best done cooperatively; I fear that my “curating” of information may rob you of the opportunity to do so yourselves. I do love this process of “curating” information, & find I likely learn more than my students might as I create course material. Perhaps that’s OK. It would be if it were just me.

(3) Delivering that information. Lecture is only one of many ways of doing that, & is the most passive from the learner’s perspective, so is likely not the most effective approach. Consistent with my own experience, pedagogical research suggests that lecture is most efficient in short blocks of 5 minutes or less, so’s to not serve as a soporific, to deliver information in useable blocks, interspersed with more active learner activities where that information can be put into play.

Much (nearly all?) of contemporary homeopathic education – both primary & continuing – is delivered in the form of lecture, in which the learner is in a passive, hopefully receptive, role. Note-taking is often the primary learner activity (along with fidgeting, checking email & texts, knitting, &c.) , tho even this is often shorted by the provision of printed lecture notes. I’ve fallen prey to this over the years, & am as guilty as most for perpetuating the practice.

I’d like now, in part necessitated by my vocal struggles (for 6 years now I’ve been pressing along as if I’m Rod Stewart, but without his talent or his manager), to explore other ways of engaging in teaching / facilitating learning. I have so much I wish to share, based on 3 decades of homeopathic practice and nearly 4 decades in the practice of medicine. It’s often suggested that our difficulties in life provide our best lessons; which sounds pretty glib to one who’s suffered a bleed the size of a golf ball in his most treasured possession, but I’d like at least to explore how I can be an effective teacher with (not despite) the limitations imposed by my 2014 stroke.

I’ll still engage in lecture; in part out of inertia, taking the easiest & most accustomed path, and in part because, when used judiciously in small portions it can be an effective tool. Short lecturettes interspersed with other learning opportunities can be an effective pedagogical structure (someone familiar with Latin, please help me with a good term for adult learning, or learning regardless of age – I recall many years ago coming up with something like “anilixogogy;” one finds the term “andragogy” in the educational literature, but I think “andrós” is masculine rather than gender-neutral.

It’ll likely require some experimentation, such as that which I’ve already been engaged in, with the structure of the materials I share.

Many years ago my father took a business trip to Japan. He brought me home a beautiful hanging print, of 3 prawns; one was partially twisted around to face the following two. Calligraphy down the side read (I trust; I do not read Kanji) “We three friends go for a walk; one must be our teacher.” I’ve always treasured this, and its essential truth. Thank you for allowing me the role of teacher in our walks together, and please share some of that task, as we together explore ways to modify the ways we teach & learn together.

Any cookies that may not be particularly necessary for the website to function and is used specifically to collect user personal data via analytics, ads, other embedded contents are termed as non-necessary cookies. It is mandatory to procure user consent prior to running these cookies on your website.

SAVE & ACCEPT
Scroll to Top