Writers of my Life Story

Some of my favorite writers – as one might guess, from my awkward borrowing of their devices & elements –
are:  (this list could go on & on – how could I omit Bob Dylan, Leonard Cohen, John Gorka, …)

Rudyard Kipling; First English-language writer to receive the Nobel Prize in Literature, so I suppose paving the way for Bob.  Despite his (Rudyard’s, not Bob’s) deplorable role as an agent of British Imperialism, he evidenced a sweet childlike fascination with the world, evidenced in his works.  I keep my long-tattered childhood copy of his “Just So Stories,” best-beloved, and still marvel at how the elephant got his trunk, how the rhinoceros got his 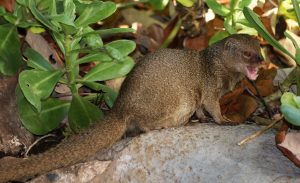 wrinkles, the sing-song of old man kangaroo, and more.  On seeing my first-ever mongoose in the brush at the edge of a forest trail above McLeod Ganj, who else might come to immediate mind but the ever-valiant Rikki-Tikki-Tavi (Nagaina was nowhere to be seen).

Anne Lamott, of whom I’ve read far too little; ditto seeing the world through the fresh eyes of childhood, blessed with Shoshin, but also through the seasoned eyes of wisdom born of the duhkha of this Saṃsāra; along with the beauty of devotion, something I’ve needed to glean from the traditions of cultures other than my own.  A bit of a bell-buoy at times when I’ve needed Help.  Thanks, Wow!

John Lennon, of course, for those of my generation.  Faint glimpses of the now painted-over original portrait on the wall in the Menší Město pražské, below the castle close to the Vltava; the December 8 1980 dance party, on that fateful night, in our old house on the River Road in Underhill Vermont, conceived by the incomparable Wendy James (then Mozeika)  & MC’d by Zeideco Mo, my dear friend formerly known as Phil Mozeika.  The floor joists just barely held up.

Life is what happens to you when you’re making other plans; though the night is cloudy, There is still a light that shines on me.  Shine until tomorrow, let it be.  I get by with a little help from my friends; but that’s the whole theme of this blog.

J.R.R. Tolkein, who basically wrote my life-story as a fantasy staged in Middle-Earth.  Like many of us I suppose, I have aspired at times to be a wizard, and am sometimes cast as one by well-meaning friends & students I’ve mentored; but note that Tolkien was far less impressed by wizards, than by the lowly hobbit, who “had no magic, other than the ordinary kind …”  My life has been blessed by such friendships as those that accompanied Bilbo & Frodo on their wanderings, and now we come back to John Lennon.  I’ve “gotten by” with a (lot of) help from my friends, a cast that might easily be envisioned as personifications of Galadriel, Éowyn (as my sweet and amazingly strong partner these past 35 years), Boromir, many Samwise Gamgees, Pippins & Merrys, perhaps a few Gandalfs (I suspect that you all know who you are, tho many of those Galdolfs & a few fellow hobbits have left this realm).  Very sweetly, no Orcs.  A few would-be Sarumans along the way, none of whom wielded much real power, hungry ghosts as they are.

Jackson Browne
among many lyrics that accompanied the maturation of my limbic system through the ‘70s, his beautiful “For a Dancer.”  Now Jackson’s story of that poem is his own intensely personal story to tell; but my interbeing with his immortalized dancer is intimate, in the reflection and impact of these lyrics in my life:  (apologies for omissions & reconstruction of his lyrics out of order, but then again, time is far other than linear)

Perhaps a better world is drawing near
And just as easily, it could all disappear
Along with whatever meaning you might have found
Don’t let the uncertainty turn you around
(The world keeps turning around and around)

Though I would add one observation:  to borrow the language of the Diamond Sutra, there is no “alone.”  Which is why we call it alone.